Young adult novels are written for teens ages 13-19, although many adults (myself included) enjoy them just as much. Here you will find a collection of Young Adult novels in which the main characters are people of color. Books marked with an * are #ownvoices novels, meaning that the author comes from the same community as the protagonist.

I can’t believe it has been over a year since I posted anything! And of course, in that time I have embarked on a new creative project. Called Art Unbound By Celeste, it currently lives on Etsy, although I am exploring other options as well. “Unbound” has two meanings: 1) at the moment I am incorporating bits of old books into all of my art pieces and 2) I am unbound by conventions and limitations that that encourage me to pick a medium or style and therefore what I am doing right now and what I am doing in a year might be totally different. And that is ok.

I am really proud of this collage portrait I made of my daughter:

I started with a wood base, used acrylic medium to transfer a photograph of her, and then used a wood burner to form the rays of the sun. I painted the sun with gold acrylic paint. The blue areas are made from a hodge podge of cuttings from an old copy of What to Expect When You’re Expecting, and I filled in the sun rays with pieces from a sari my Bangladeshi host family gave me for Eid in 2004. I finished the piece with accents of gold mica.

You can see the process here:

This piece I will be keeping for myself, but I hope to create more pieces like it to sell soon! If you are interested in following my art shenanigans, you can follow me on facebook.

Do you think people would be interested in custom portraits? I would ask them to email me one or more photos, plus some information about the subject’s personality. I would send them a design sketch with the caveat that one of my favorite things about making art is its tendency to evolve in the process of creation. If you had infinite wealth, would you buy such a portrait of your loved one?

None of the Above by I.W. Gregorio

This groundbreaking novel depicts Kristin Lattimer’s struggle to accept herself after realizing that she is intersex. I had difficulty getting into the book at first because of the extremely privileged lives the protagonists have (homecoming dresses that cost hundreds of dollars, separate limos for each couple, rings from boyfriends with actual gemstones in them, the fact that each of these high school students owns their own car and none of them have jobs). However, once the story picked up, I mostly enjoyed it. The reason I didn’t give the book more stars is because the story is (view spoiler)[ bookended by heterosexual acceptance. She realizes something is wrong when she decides to have sex with her incredibly popular boyfriend and it is extremely painful. When the information about her chromosomes goes public, the boyfriend dumps her. The books ends when she kisses another dude who is fully aware of and accepting of her identity. There are spats with friends, connections made with an intersex support group, and family tensions throughout. But it is only with the sexual acceptance of a man that Kristin can feel fully confident in her own female identity.

Also, the reason that she has apparently never had a gynecological appointment even though she is 18 and has never menstruated is that her mother died of cervical cancer when she was a little girl. I guess only living with a man meant that no one noticed or cared about her lack of menses and accepted her explanation that as a dedicated track athlete she just didn’t get her period. If her mother had died of breast cancer or in a car accident or whatever that might have made sense. But the main reason you go for gynecological appointments is to screen for cervical cancer. The idea that her father would get a buddy of his to proscribe her birth control without a proper exam in this context is not believable (hide spoiler)]

View all my reviews

When I got to work this Tuesday, I realized that I forgot to bring my pajamas and  fuzzy bumblebee slippers to work. Only in the world of youth services would this be a job crisis! Fortunately, I was able to run out to Marshall’s on my dinner break and get some PJ’s and sparkly blue slippers for this week’s Bedtime Storytime. It just wouldn’t be the same if I didn’t dress the part!

We started as always with our hello song and introductions. This week I had seven children and four grown-ups participating. The kids were probably in the 3-6 age range. 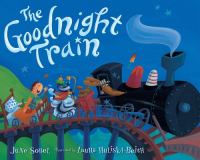 After introductions, I read The Goodnight Train by June Sobel and illustrated by Laura Huliska-Beith. The children did not get as into it as I had expected. In retrospect, I think the whimsical illustrations in this book make it better for a one-on-one reading than a group reading. The pictures are my favorite part, and we were not able to give them the attention they deserve during story time.

We followed this with “5 in the Bed.” See my previous Bedtime Storytime post for the lyircs and the link to a video with the tune. 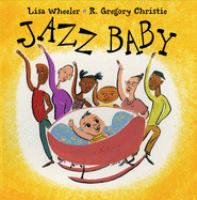 Next I read–or rather sang–Jazz Baby by Lisa Wheeler and illustrated by R. Gregory Christie.  This is one of my all time favorite picture books, and even though there is no music included I think it just begs to be sung. The kids were tapping and swaying along with the beat, so I think they agreed. One of the participants chose to check this one out at the end of storytime.

We followed this book with a finger play that I learned from day care teachers I used to work with:

This is the baby, ready for nap (hold up index finger)
Lay her in her mother’s lap (put finger in palm)
Wrap her up so she won’t peep (wrap fingers around index finger)
And rock that baby to sleep, sleep, sleep (rock hands back and forth)

After going through it once, I pause for a moment then have the baby wake up crying. I asked the children what they thought the baby needed. One child said “milk” so I pretended to feed a bottle to my finger and then we did the finger play again. We went through it several times until all the children who wanted to participate had the opportunity to do so. The baby got a pacifier, took a bath, and brushed her teeth before finally agreeing to go to sleep.

While we were on the topic of napping, I read I Will Take a Nap! by Mo Willems. Elephant and Piggie are always a hit, and the children started squealing with delight as soon as I held the book up. Even though they are technically easy readers, I think the Elephant and Piggie books are great fun to read aloud. The characters are so expressive! Needless to say, this book went home with a child at the end of the session.

To get some wiggles we did Teddy Bear Teddy Bear Turn Around (see previous Bedtime Storytime post for the words to this rhyme if you don’t know them). 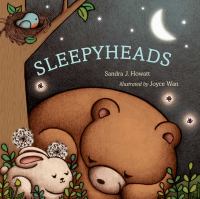 Our last book of the evening was Sleepyheads by Sandra J. Howett and illustrated by Joyce Wan. The animals in the book are pictured, but never named, so that children had fun calling out the animal names. The only one that gave them some trouble was the otter–the kids thought it was a cat.

We ended with Twinkle, Twinkle, Little Star and our Goodbye Song. After storytime ended, I could hear children walking around singing “We wave goodbye like this” which is always rewarding!

The Waltham Public Library will have Bedtime Storytime again on November 17th at 7:00PM.

I’m giving PiBoIdMo another try this year. Wish me luck!

I had my first storytime at the Waltham Public Library on Tuesday evening. It was the first in a series of bedtime storytimes that my co-worker and I will be doing throughout October and November. We advertised with flyers and told the kids they were welcome to come in their PJ’s and bring a teddy bear. I was so excited! I wore my flannel PJ’s with owls on them and fuzzy slippers shaped like bumblebees. A total of six children from toddlers to kindergarteners joined in the fun. 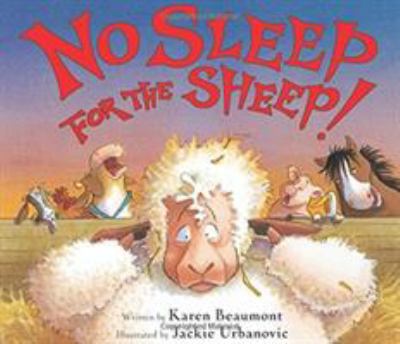 First I read No Sleep for the Sheep, written by Karen Beaumont and illustrated by Jackie Urbanovic. This book tells the story of a very tired, frazzled sheep. Every time he falls asleep, something wakes him up! The children had fun joining in with the animal sounds.

Then we sang the long version of “10 in the Bed” that I learned as a kid watching Sharon, Lois, & Bram’s Elephant Show. We started with five, because I thought doing all ten would be too long:

Five in the Bed:

Please remember to tie a knot in your pajamas!
Single beds were only made for 1, 2, 3, 4

There were four in the bed and the little one said…

(repeat until you get to one)

There was one in the bed and the little one said

For the whole tune, go here. 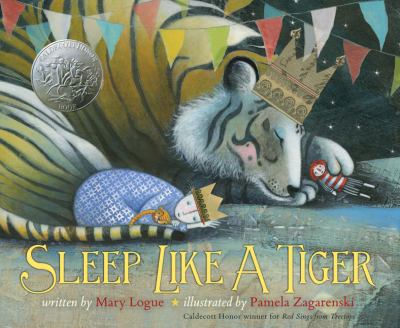 For our second book, we read Sleep Like a Tiger by Mary Logue and illustrated by Pamela Zagarenski. I pointed out the Caldecott Honor medal on the front cover and asked the children to pay special attention to the art work in the book to see if they thought it was special enough to win an award. 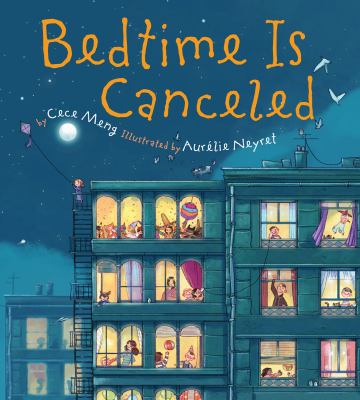 After one of the kids mentioned that they didn’t like bedtime, I decided to read Bedtime is Canceled by Cece Meng and illustrated by Aurélie Neyret. When Maggie and her brother write a note that says “Bedtime is canceled,” they have no idea that it will end up on the desk of a newspaper reporter. Soon the whole town knows there will be no bedtime. Hilarity ensues as the grown-ups become too exhausted to function. Several of the children were laughing out loud for this one, particularly the older ones.

To stretch out and get some wiggles out, we did the Teddy Bear Rhyme: 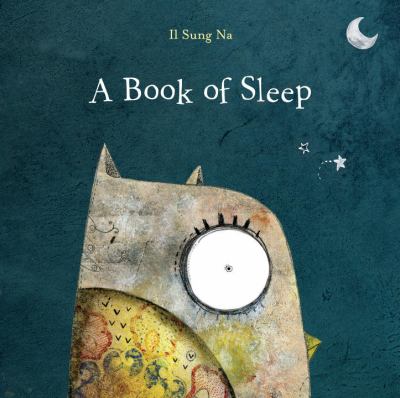 Of course it wouldn’t be bedtime storytime without a lullaby. So we ended with “Twinkle Twinkle Little Star.”

Overall, the children seemed to enjoy themselves. No Sleep for the Sheep and Sleep Like a Tiger were both checked out by children who attended the program.

Waltham Public Library will be having Bedtime Storytime on October 27th, November 3rd, and November 17th at 7:00 PM. We’d love to see you there!

This spring I had the opportunity to present on how library collection development can support the movement for increasing diversity within children’s literature at the Simmons Graduate Student Symposium. I argue that diverse collections are essential for living up to the American Library Association’s commitment to providing equitable access to information resources. Our patrons of color, our LGBTQ patrons, our patrons with disabilities all deserve access to information and recreational reading that reflects their experiences. In addition, exposure through literature to the a greater diversity of human experiences can help combat the implicit biases that lead to microagressions and more overt forms of prejudice and violence.

You can watch my presentation here:

The power point slides for my presentation can be downloaded from the Simmons Library and Information Science Media Lab here. My presentation is part of a panel. The entire panel includes presentations by Emily Coolidge Toker on “Agency in the Foretold, Agency in Narrative Construction: Naming and Claiming ‘the Anna’ in Jane Yolen’s Sister Light, Sister Dark,” and by Nicole Cunha on “Censorship of Disabled Characters in Fantasy: What That Means For Children’s Literature and Libraries.”

The Many Hats of Celeste Bocchicchio-Chaudhri
Blog at WordPress.com.